Solar Photovoltaics (PV) is the fastest growing deployed renewable energy technology across the world in the last decade.

Technology advances make it suitable for Northern European countries as direct sunlight is not necessary. The cost of the actual infrastructure has fallen dramatically in recent years. Between 2008 and 2013 it fell by 80 per cent as a result of economies of scale and advances in technology, techniques and experience in installation.

Despite this, Ireland does not currently have any support mechanism in place for Solar PV as it has for wind-farms for over a decade.

This is a globally accepted requirement to enable solar energy, or any form of renewable energy technology, to gain traction and scale and be in a position to compete with other renewable technologies and with conventional energy sources.

In short, at present we have no solar energy industry worth speaking of and will not until the government subsidises the production of solar energy as it has successfully done with wind-farms.

So why have we not introduced the necessary support mechanism to enable the solar energy sector to develop? Is the government’s reluctance justified?

Let’s be clear, renewable energy is not free despite the fact that the wind and sun are.

Apart from the capital investment in infrastructure and on-going operation costs, renewable energy does not compete on a par with conventional energy and is supplemented by way of a Public Service Obligation (“PSO”) Levy added to all electricity bills. With effect form 1 October 2017, the PSO Levy rose from €70.80 per year to €92.28 per year.

The EU Renewable Energy Directive (2009/28/EC) requires Ireland to meet 16 per cent of its entire energy consumption from renewable sources by 2020. If it does not meet that target, Ireland will have to pay significant fines to the EU.

The Irish government has decided that in order to meet the target, the following needs to happen:

Currently Ireland is getting close to 30 per cent of electricity production coming from renewables but at least another 10 per cent increase is required in a very short period.

There is no consensus on the exact amount of the EU fines that will be imposed as it is a complex calculation but estimates in the region of €100-€150 million for each 1 per cent of the target missed seems to be the general consensus.

So leaving good sense aside for the moment and ignoring the issue of climate change, on a simple economic basis, and at a minimum, we have to weigh up the costs of potential EU fines from 2020 against the cost of the PSO levy which amounts to €496.5 million for 2017/2018. However, remember that supports the entire renewable energy market, principally wind, as well as subsiding peat energy production.

We must also factor in the wider economic benefits to Ireland that will result from the creation of a solar energy industry. 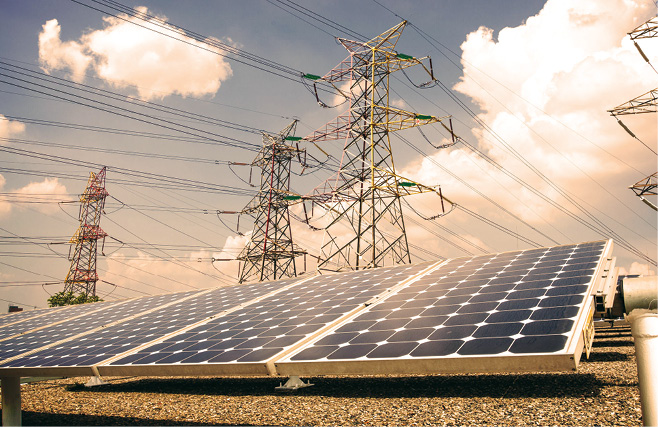 The government is currently consulting on what type of support scheme it should introduce to supplement the next round of renewable energy projects.

The tentative recommendation is a ‘technology neutral’ auction process supported by a floating feed-in premium. In other words, projects with similar viability gaps compete in appropriate auctions for their projects to be subsidised. The government then pays them the difference between the strike price that they bid and the price achieved for energy on the market. Therefore the investor knows that he will have cash flow and price certainty to enable him to make the necessary infrastructure investment.

This has attracted significant criticism from the solar energy industry, potential investors and the Green Party who believe that there should be a specific target for solar projects and that solar projects should not have to compete with the established and government-supported wind-farm market.

For those who remember the torture of the first wind-farm projects in Ireland, this argument is not without merit. Ironing out the planning, environmental, infrastructure installation, regulatory and investor issues when a technology is establishing itself in a new market, means that the first large ground mounted Solar PV projects will take longer than they will in three years’ time when experience and scale has made the process smoother, quicker and less expensive.

Whilst the consultation document does say that it will hold multiple auctions and may need separate auctions for emerging/less mature technologies, there is no firm commitment either way to solar.

Further, the government consultation document looks at a support system for large scale ground mounted Solar PV projects only. It does not look at the potential support system required for small scale domestic and commercial rooftop solar panels which offers a valuable source of renewable energy.

So we are heading for very significant fines in 2020 and every year thereafter that we fail to meet the EU’s increasing targets.

Deploying solar energy projects would contribute towards achieving our targets, avoiding or reducing EU fines and would significantly contribute to the wider economy which is in stark contrast to supporting environmental policies that this government supports.

Whilst consultation is inherently a good thing, it can also be the cause of analysis paralysis and that is where we have found ourselves in Ireland. Projects are ready to go and we don’t have a support mechanism in place which also has to get State Aid clearance from Europe.

There is no perfect solution; the support system will need adjusting as technology improves and costs come down. However, this has been done in many other EU countries in Europe with similar regulatory constraints.

As Winston Churchill once said: “The maxim ‘nothing but perfection’ may be spelled ‘paralysis’.”